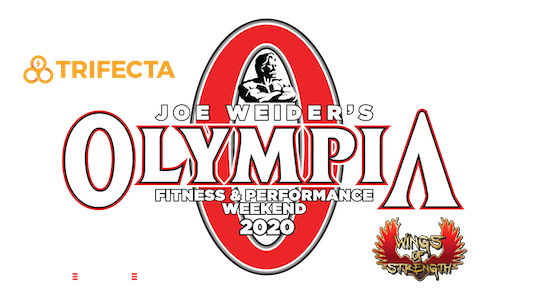 Available on multiple devices. View All ›

The 2020 Olympia Weekend was thrilling, surprising, and inspiring!

Catch the excitement with the on-demand replay, and witness the moving moments of an Olympia like none before.

Already bought the 2020 Olympia pay-per-view? Then just sign in, rewind, and replay the action.

Want to see the show for the first time? It’s simple – just sign up and purchase either the Olympia Premium Package, the Amateur Olympia Package, or both. Then download the app and enjoy the world's premiere bodybuilding event on demand on your phone, TV, or desktop.

Relive the most exciting and Olympia contest in years! Filmed at the Orange County Convention Center in Orlando, Florida, see Mamdouh "Big Ramy" Elssbiay conquer the competition, and dash Phil Heath's dreams of a triumphant return to the Olympia stage. Surprising upsets in the Bikini, 212, Men's Physique and Women's Physique divisions show the ambition and drive that fueled 2020's show. Plus, see the long-awaited return of the Ms. Olympia competition, with a new champion and plenty of thrills!

Already bought the 2020 Olympia pay-per-view? Then just sign in, rewind, and replay the action.

The Olympia Premium Package does not include coverage of Amateur Olympia events.

See athletes from all over the world compete for a select number of coveted IFBB Pro League Pro Cards. Catch the rising stars of fitness, and watch future Olympia champions as they launch their careers on the stage where legends are made.

Already bought the Amateur Olympia 2020 pay-per-view? Then just sign in, rewind, and replay the action.

The Amateur Olympia Package does not include coverage of Olympia pre-judging and evening events.

FREE and Premium streams will bring you into the world of Olympia, where you can see legends walk among mortals! Hear predictions and witness rivalries at the Olympia Press Conference, see the stars of fitness up close at Meet the Olympians.

No television provider needed. The excitement of Olympia, available wherever you want.

Available on multiple devices. View All ›

Watch on your Television

Watch on your Mobile Device

Watch on your Computer